Kristijan Smok about effects of Art of Asfalt Project:
With the conclusion of the Students centre pool sculpture being built, we’ve been introduced to a whole new way of riding a skateboard, and to a new skateboarding style which, until then, we were only able to see on tape. In the same year, being skateboarders, we were facing great depression not being properly understood and listened to. We didn’t have anything. After ten years of riding street, now and then even a skatepark that was being demolished faster than it was built, we didn’t have as nearly as much room for creativity and progression as we needed to. A lot of us gave up on skateboarding.

The “Art of Asfalt” project had brought us something new; a new perspective on skateboarding and creativity. We started thinking differently and building our personal and unique style, so after the two-year hiatus, the dream that we had was no longer asleep.

In 2008., European rippers from Vans and Carhartt came to Zagreb and motivated us even more to continue on living the dream. We couldn’t believe our eyes: just being here and admiring the way they were skateboarding on our sculpture, even the more fact that the guys considered it appealing enough to throw down a session or two. The same guys which we’ve been looking up to since we were kids, watching them exclusively on VHS tapes, were now skating here with us. They would leave with nothing but compliments and they’d spread the word, so things just started getting bigger and our sculpture was reaching worldwide popularity.

Year after year, more and more people were coming from all over the country and also from abroad. We started getting better, so we started publishing our own photos and video clips over the internet. Each year since our sculpture was built, we’ve had a solid program running: from contests, outdoor exhibitions and concerts, to the point of creating the first skateboarding movie festival on these areas. We’ve created a completely new and urban skateboarding culture in our country.

In 2010. the Thrasher team visited Zagreb, with some of the guys in their team being in the pure top 5 of the skateboarding scene. Again, our dreams come true. We’re standing here with our heroes. Thrasher magazine, which was founded in 1981., publishes a nine-page article about their roadtrip throughout Croatia, and our sculpture in the Students centre earns a new nickname: “Burnside of the Balkans”.

Accordingly, hordes of tourists that come to Zagreb and visit the sculpture exponentially grow with each year. This year, in April, the guys from Thrasher came once more, shooting for their film in Zagreb and other cities all over Croatia, they shot cover photo in Split for magazine.

So, in the times when we are getting worldwide recognition and are being drawn into the world culture and skateboarding map, a resolution was brought by the Ministry of Construction and Physical Planning to put down the pool sculpture. Fighting that decision, this is the fourth day that we’re defending it (designed by Sergej Vutuc, built by our own hands) with our bodies. We ve succeeded so far, and we have yet to see what’ll happen during the next days. Also, we have no intention of stepping away from the sculpture. Not until an adequate answer is proposed. Like the skateboarding subculture, our sculpture is something that WE have to save. Because of its significance, which is universal, our country is on the world map!
http://kristijansmok.blogspot.de/ 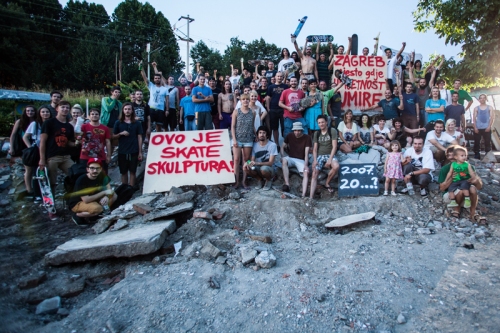 nothing is forever and every social object has own way which we can question why it is how it is…and again why? maybe cos its social sculpture everyone rolls on way how s/he learn…but question is what we show to next generation and how strong we are to live to be…we put already scares to nature…
2006/7 few artist from street of balkan come together to take roll of meaning to be from street, use street like base of inspiration as medium….we try to have in our hands setting exhibition, and build exchange on our way…we show our works in spaces but we never see it like street art but we want give back something what change our way of walking through concrete jungle…2007 as part of Art of Asfalt exhibition at SC kultura Promjene, Zagreb we split exhibition on intern and extern part…extern part, the social sculpture based on reusing elements of building and giving new meaning and with local helpers and international artist reforming to sculpture of perception and used…without limits sculpture become real social phenomena and spacial place on world skateboard map. effect of sculpture and their breathing motivate users to go over and start to open wood part and put some new concrete elements build by themself …but just before finishing comming the question of use and need for other social groups to share space…but question is what mean in public life share…

Could Be… The Wayward Gallery, London 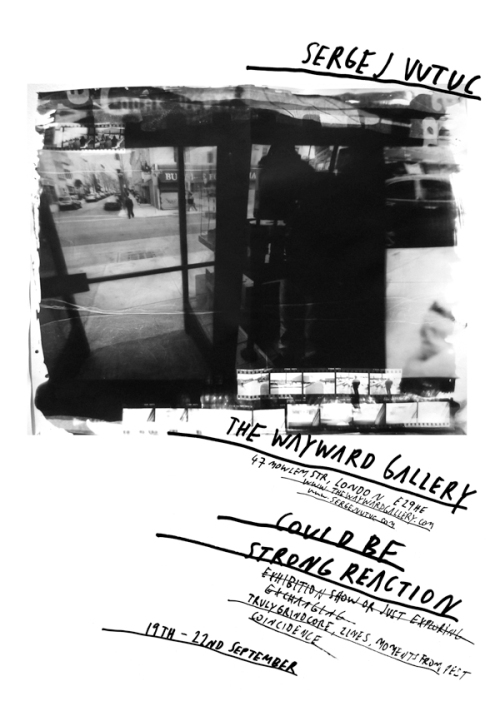 Could Be… (too much pegboy) Strong Reaction
19th – 22th of September
The Wayward Gallery, 47 Mowlem St., London, UK
http://www.thewaywardgallery.com/

Repeater, Till We… Space@Create, Brighton 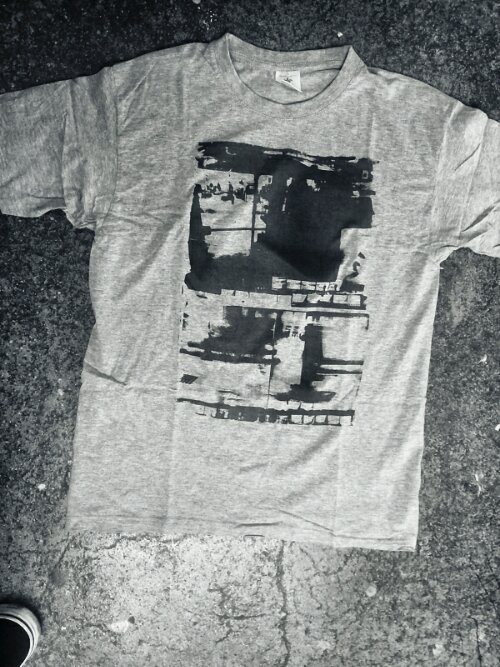 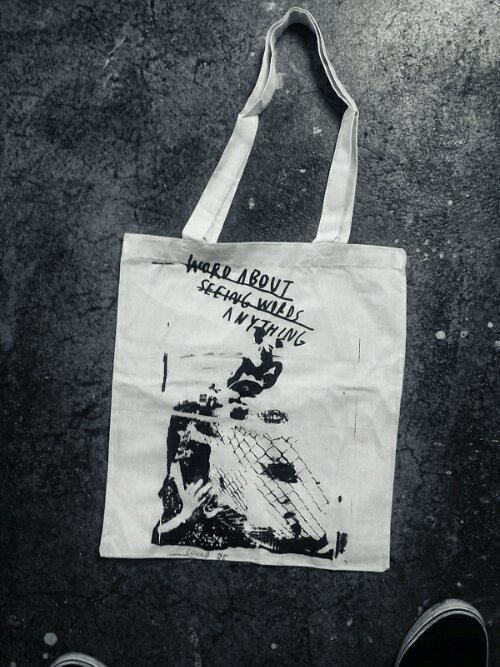 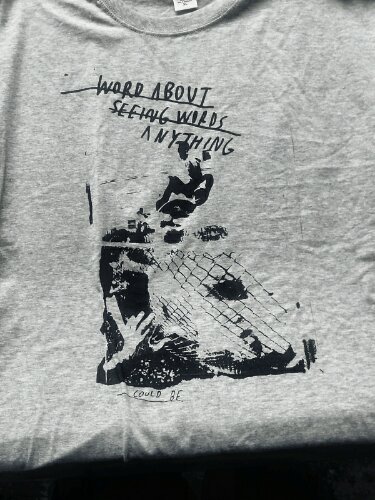 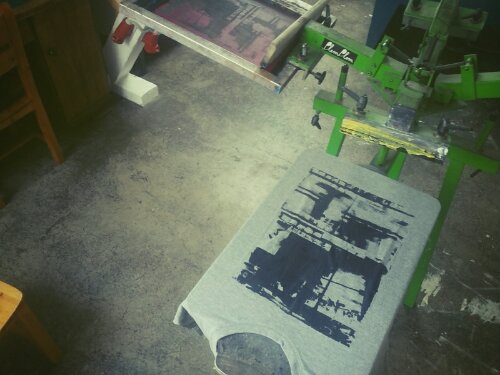 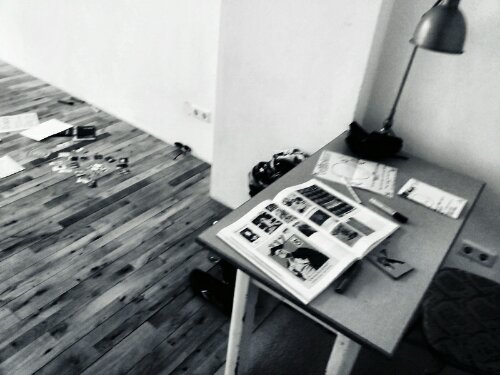 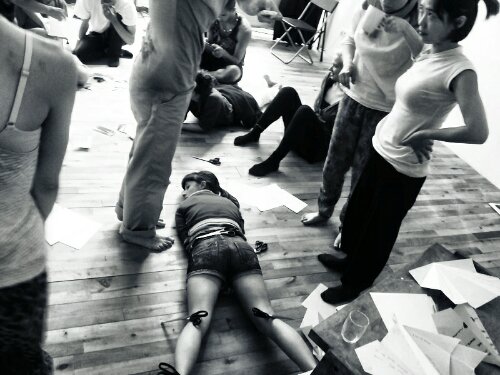 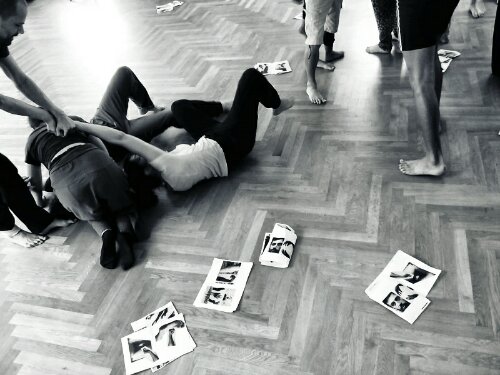 WIEN, AUSTRIA 15th – 19th of July
ImPulsTanz Research Project 2013
DIY! Fanzine Dance – Movement as Political Tool
A FIELD PROJECT FROM DANCERS FOR DANCERS – FROM MAKER FOR MAKERS.….a research that explores different ways of communicating dance and movement through printed paper…
this project brought me back to vienna to work on this beautiful project. One of my interesting goal was how far can we go with philosophie of zine making and body moving… maybe leaving zine making behind us and be come it…transformers… insiders of insiders….
http://www.impulstanz.com/en/research/2013/id2247/

If u going on skatetrip to balkan, pumpa- postojna,  should be one of ur stops. Beside concrete flowers,  pumpa has zine distro…. be quick or….
http://boldrider-boldrider.blogspot.com

Create and Destroy Press
Is one man printed scream from vienna. Our friendship start for many many years over dreaming of other world out of screaming and idealism notes….thomas, man behind C&Dp was settting shows,  making zines and soo soo on the list could be long… C&D is prodiction label but also distribution…this is new web address or info to take look for thomas on punk shows and buy some zines
http://www.createanddestroypress.com/ 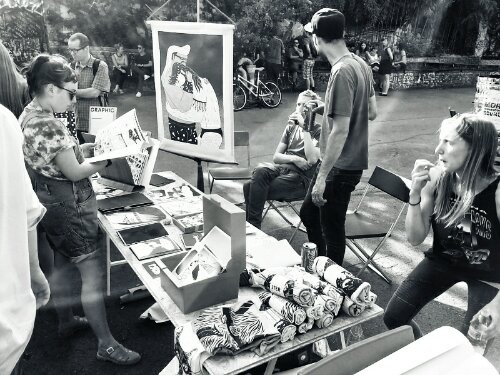 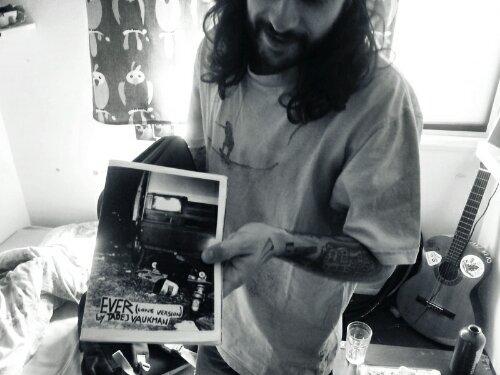